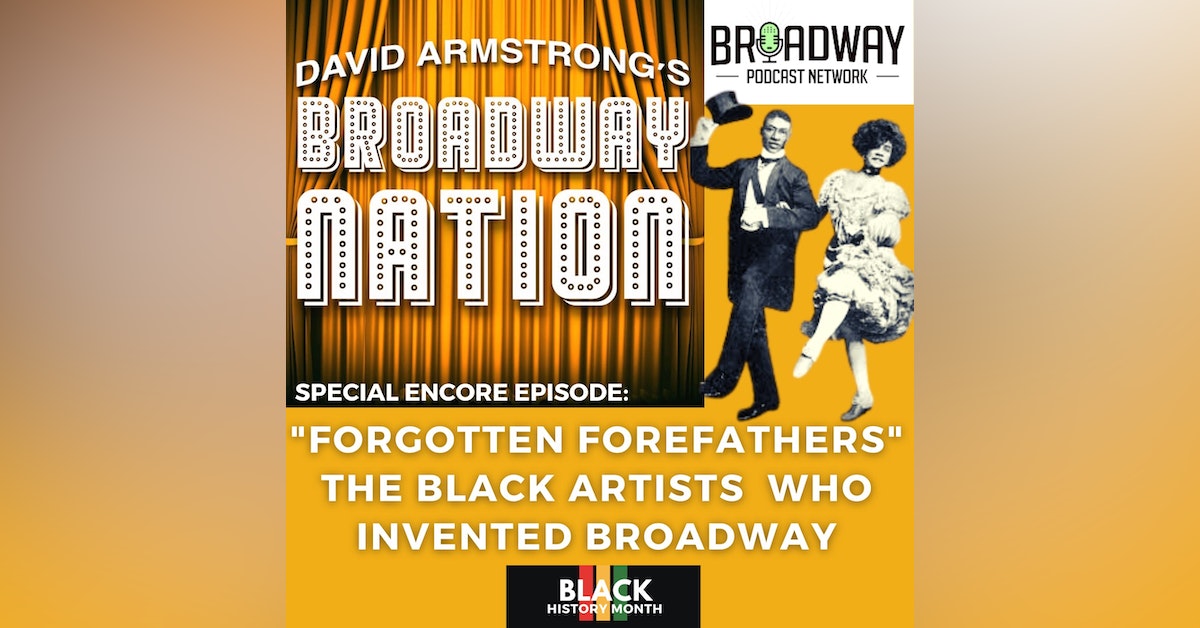 On February 18, 1903 – 119 years ago tomorrow – one of the very first Broadway musicals entirely written, staged, produced, and performed by black theater artists opened at the New York Theatre in the heart of Times Square. That musical was titled In Dahomey.  With music by Will Marion Cook, book by Jesse A. Ship & lyrics by Paul Laurence Dunbar (with additional lyrics by Alex Rodgers, Cecil Mack, Benjamin Shook, and James Weldon Johnson), this show was created to showcase four of the biggest Vaudeville stars of that era – the team of Bert Williams & George Walker and their wives and co-stars Lottie Williams and Ida Overton Walker. In Dahomey toured America for more than 3 years, including two runs on Broadway, and became a sensation in London where it played 252 performances at the Shaftesbury Theater and gave a command performance at Buckingham Palace for the royal family who apparently all danced the cakewalk.

If you have never heard of In Dahomey, you are not alone. It is part of an entire decade of extremely popular Broadway musicals created by black artists that today are largely overlooked and forgotten.

In light of this show’s anniversary, and Black History Month, it seemed like the perfect time to reprise one of Broadway Nation’s earliest episodes: Forgotten Forefathers – The Black Artists Who Invented Broadway.

This episode explores the roots of black theater in America – in both its positive and negative aspects – and especially shines a light on the first decade of the 20th Century when dozens of black musicals, and hundreds of black theater artists took Broadway by storm, nearly 20 years before Shuffle Along would do it again.

Broadway Nation is written and produced by David Armstrong.

Special thanks to Kyle Carter and James Rocco for their voice acting contributions and the the Paragon Ragtime Orchestra for there terrific recordings of songs from these songwriters and shows,