Episode 93: "Under Richard Rodgers Piano" — A Conversation with JESSE GREEN 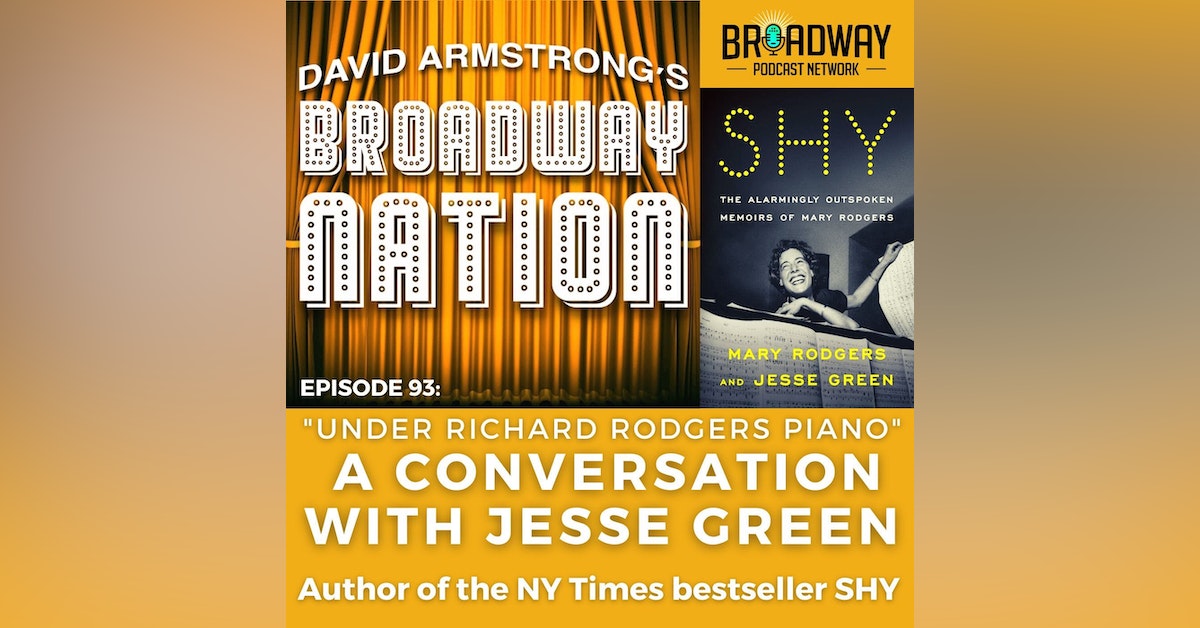 My guest today is Jesse Green who, in addition to being the Chief Theatre Critic for the New York Times, is the author of the most acclaimed and talked about theater book in recent memory – SHY: The Alarmingly Outspoken Memoirs of Mary Rodgers.

This is the first of two episodes in which Jesse Green shares with us the story of how Mary Rodgers selected him to tell her remarkable, sometime harrowing, and ultimately inspiring story, and how he was able to perfectly capture her unique voice so perfectly, aas well as her bold and unwaveringly candid view of herself.

Somehow, she became not just a highly successful Broadway composer in her own right­ — most notably with her score for the Broadway and television hit Once Upon a Mattress — but also a renowned author of books for young people including the classic Freaky Friday.

There is a reason that this book has become a bestseller, and received so much attention, and it’s not just because it’s filed with sometimes juicy gossip about many of the leading lights and minor players of the Golden Age Broadway.  No, at its heart, this is the story of a woman who struggles, and I think ultimately succeeds, in liberating herself from disapproving parents, rampant sexism, and her own fears and insecurities as she journeys to discover art, romance and family on her own terms.

If you love this podcast, I invite you to become a Patron of the show by joining the "Broadway Nation Backstage Pass Club".

For a just $7.00 a month you can receive exclusive access to never-before-heard, unedited versions of many of the discussion that I have with my guests — in fact I often record nearly twice as much conversation as ends up in the edited versions. And you will also have access to additional in-depth conversations with my frequent co-host Albert Evans that have not been featured on the podcast. And all patrons receive special “on-air” shout-outs and acknowledgement of your vital support of this podcast.

And If you are very enthusiastic about Broadway Nation there are additional patron levels that come with even more benefits.

To become one the very first members of the Broadway Nation Backstage Pass Club and receive all of these exclusive member benefits – just click on this link:

Thank you so much for your support!