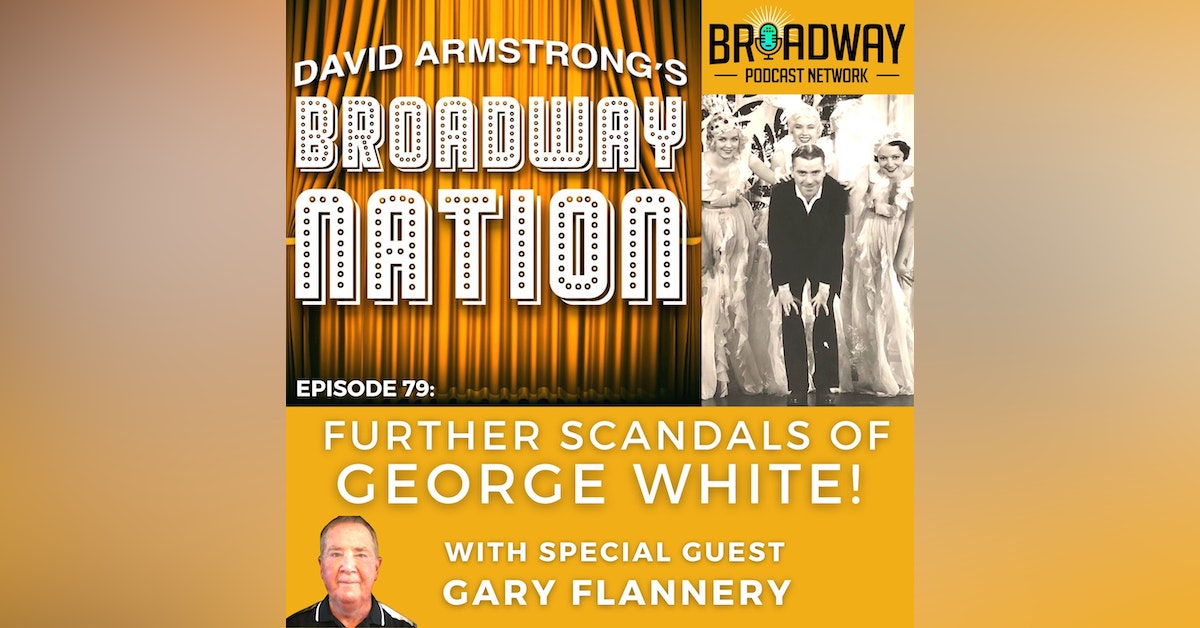 This episode is the second half of my conversation with Gary Flannery regarding the life and career of Broadway dancer, director, choreographer, writer and producer, George White.  Between 1919 and 1939 George White produced 19 Broadway shows including 13 editions of his own lavish and legendary revue – The George White Scandals.

In part one Gary shared the story of George White’s unlikely rise from the slums of NY’s Lower East Side to his first triumphs on Broadway.  Gary also began making his very persuasive case that George White is the most underrated and neglected genius in the history of the Broadway, who should be considered of equal, or even greater, significance than Ziegfeld, Cohan, the Shubert Bros, and any of the other greatest showman in Broadway history.

As we ended part one George had just opened The George White Scandals of 1922, directed & staged by George White, costumes by Erte, and starring George White, W.C. Fields, and Paul Whiteman and his orchestra, all performing the music & lyrics of George Gershwin & Buddy De Sylva.

In this episode we learn how George White put together the legendary songwriting team of De Sylva, Brown & Henderson, discovered Eleanor Powell and Ann Miller, and advanced the careers of Harry Richman, Ethel Merman, Ray Bolger, Burt Lahr, the Howard Brothers and more!