Episode 78: George White And His Scandals! 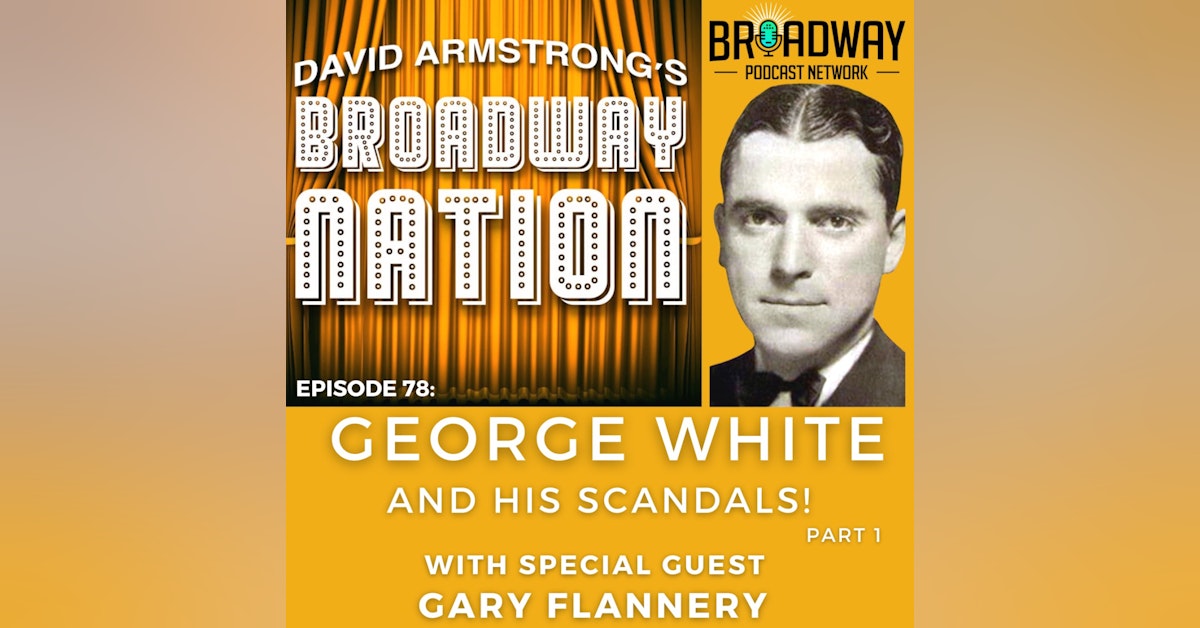 This is the first part of my conversation with Gary Flannery who somehow, while pursuing his own spectacular career as dancer, also found time to become the leading expert on the tumultuous life and career of George White – the fabled Broadway producer, director, choreographer, writer, songwriter and dancer. White rose to fame in Vaudeville and as a featured performer in The Ziegfeld Follies and then, between 1919 and 1939, went on to produce 19 Broadway musicals including 13 editions of his own spectacular and legendary revue – The George White Scandals.

It is Gary’s firm conviction that George White is the most underrated and neglected genius in the history of the Broadway musical. And, furthermore, he believes that if George White’s full legacy and impact were more fully acknowledged and recognized it would equal or surpass that of Ziegfeld, George M. Cohan, the Shubert Bros, and virtually every other great showman in Broadway history. Gary has certainly convinced me – and I suspect that after you’ve heard him tell George White’s amazing story -- you will be persuaded as well.

Gary Flannery’s day job was as one of Bob Fosse’s favorite dancers and he appeared in the Broadway productions of both DANCIN’ and PIPPIN – and you have probably seen him as one of the leading dancers in Fosse’s film, All That Jazz.  He also toured the world dancing with Shirley MacLaine, was a featured dancer on many television variety shows, and today he directs, choreographs, writes, teaches and conducts master classes in all manner of Broadway dance and musical theater history. His research on George White is only one part of his Great American Revue project which includes lectures, books, documentaries and revivals in various stages of production.