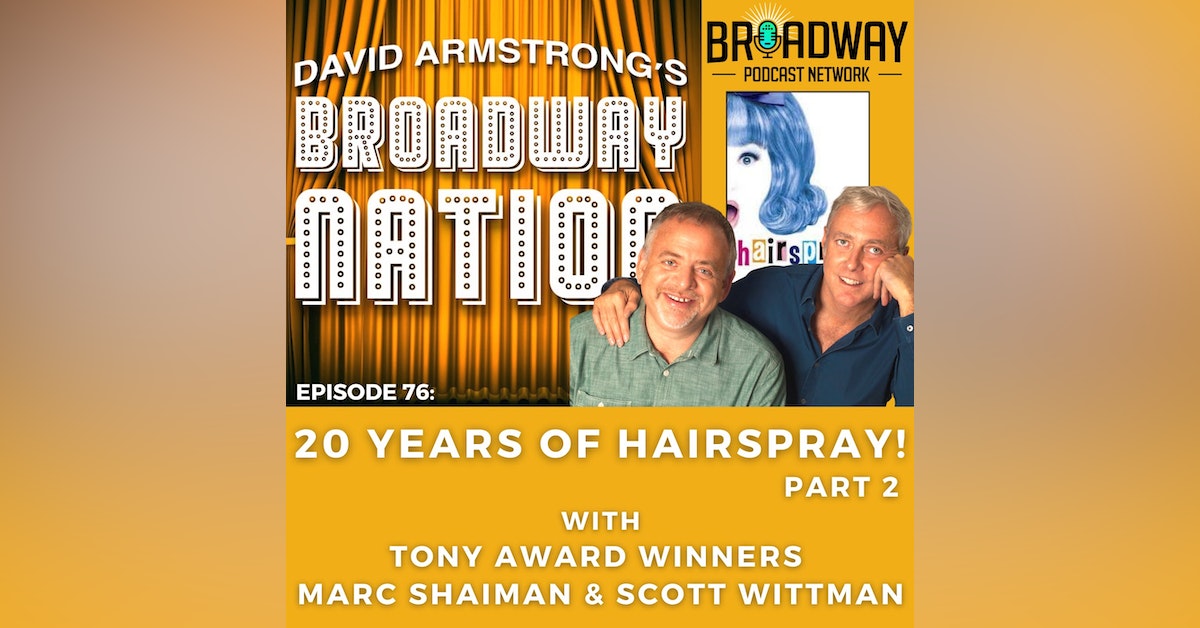 This week my guests are the Tony Award winning songwriting team of Marc Shaiman & Scott Wittman who join me to celebrate the 20th Anniversary of HAIRSPRAY - The Musical.

20 years ago this week, following its World Premiere in June of 2002 at Seattle’s 5th Avenue Theater (where at that time I had the great pleasure and privilege of serving as that theater’s Producing Artistic director), Hairspray debuted on Broadway just three months later, on August 15th 2002, opening at the Neil Simon Theater where it would go on to run for 2,642 performances.

In this episode Marc & Scott take you inside the creation of Hairspray, and share with us how they collaborated with a team of outstanding theater makers including bookwirters Mark O’Donnell & Tom Meehan, director Jack O’Brian, choreographer Jerry Mitchell, lead producer Margo Lion as well as Jon Waters, who wrote and directed the original film on which the musical is based, to create a musical that has become a modern classic.

It was a delight to look back with Scott & Marc to that eventful summer 20 years ago that changed all of our lives.

And they end the episode by giving us sneak peak of their upcoming musical, Some Like It Hot which will open on Broadway in December.