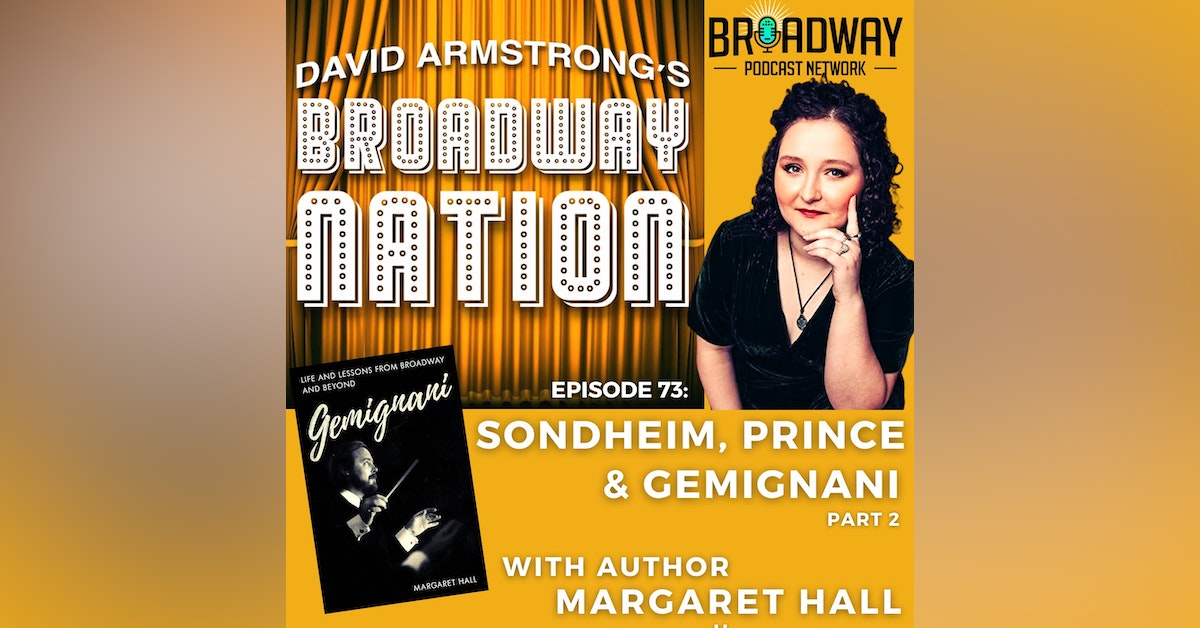 This is the second part of my recent conversation with author Margaret Hall, the remarkable young theater historian whose new book is titled Gemignani – Life And Lessons From Broadway And Beyond.

If you missed part one, you may want to catch up on that episode before listening to this one.

Margaret spent much of the pandemic interviewing Paul Gemignani who is without a doubt one of the most significant figures in the history of modern Broadway musical. Beginning as a replacement with the original production of Follies in 1971 Gemignani served as the Music Director for more than 40 Broadway musicals including Sweeney Todd, Evita, Sunday In The Park With George, On The 20th Century, and Into The Woods to name only a few.

Margaret’s book takes us behind the scenes of those acclaimed productions and illuminates the crucial role that music directors play in the creation, development, and success of a musical.

Paul Gemignani’s incredible talent and theatrical know how made him the first-choice music director, and indispensable collaborator of both Stephen Sondheim and Harold Prince. As you will hear, after Sondheim and Prince ended their creative partnership and went their separate ways, Paul Gemignani was often pulled back and forth and caught in the middle between these two great artists and their various projects.

As we ended the previous episode the legendary Music Director Hal Hasting’s had unexpectedly died and Paul Gemignani has suddenly been drafted to replace him as the Music Director of A Little Night Music the new Prince and Sondheim musical that has just opened.