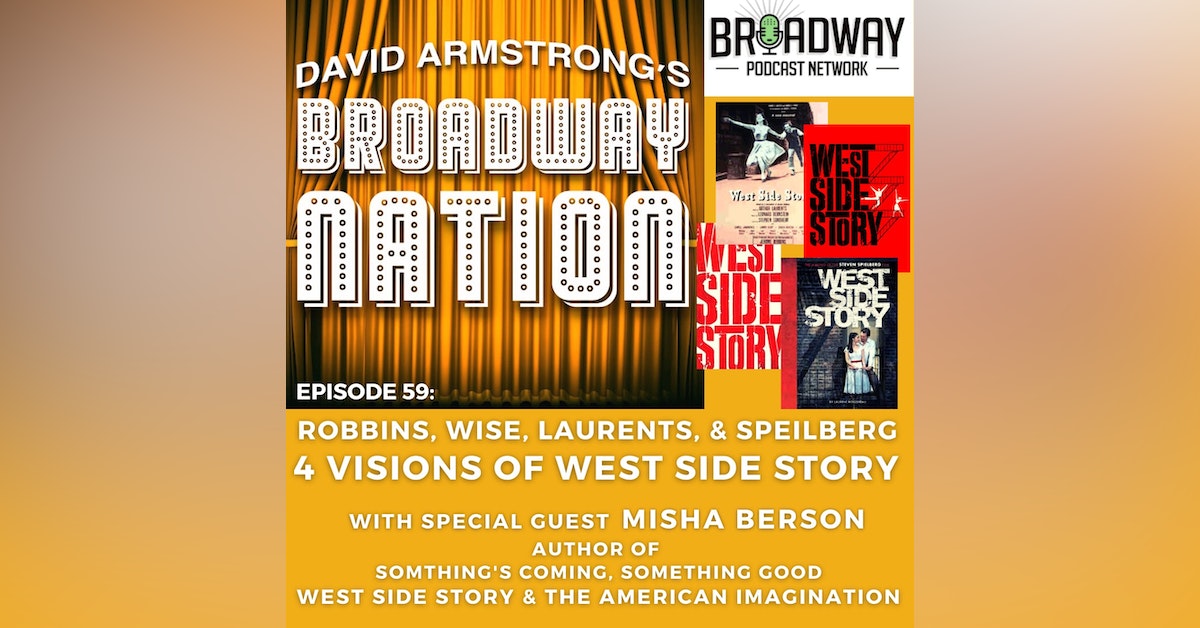 With special guest Misha Berson, author of Something's Coming, Something Good - West Side Story And The American Imagination

When I realized that this week’s episode of Broadway Nation would come out just two days after what would have been Stephen Sondheim’s 92nd birthday, and only three days prior to the Oscars telecast where the new Stephen Spielberg remake of West Side Story will be in contention for seven Academy Awards including “Best Picture” – this seemed like the perfect time to devote an episode to comparing and contrasting the four major visions of this landmark show.

I knew, however, that I couldn’t do this topic justice without having Misha Berson as my special guest. Misha is the author of the acclaimed book Something’s Coming, Something Good – West Side Story and the American Imagination.

Misha was the chief theatre critic for The Seattle Times for 25 years and is now a freelance writer and teacher and her work appears in Crosscut, American Theatre and other publications, and her previous books include Between Worlds: Contemporary Asian-American Plays, and The San Francisco Stage – From Gold Rush To Golden Spike.

Misha’s book has made her one of the leading experts on West Side Story and her insights are in demand nearly everywhere and every time the show is discussed, including in a New York Times article that you may remember, titled “The Great West Side Story Debate” that was published last December just before the film premiered. You will hear the behind the scenes story of that controversial article in the episode.

Misha’s tenure at the Seattle Times and my mine as the Producing Artistic Director of Seattle’s 5th Avenue Theatre were mostly contemporaneous, and I am very proud that, as you will hear, her terrific book was, to a large part, inspired by a production of West Side Story (directed by Bill Berry, and with Jerome Robbins’ choreography recreated by Bob Richard) that I produced at The 5th in 2007 to celebrate the original stage version’s 50th anniversary