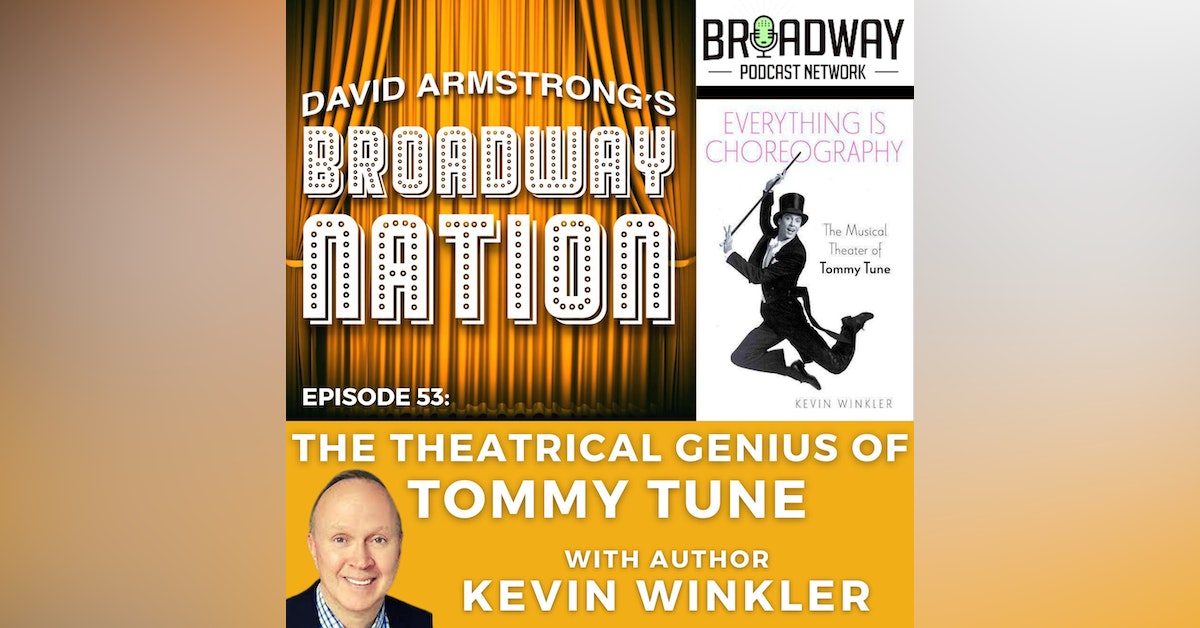 With Kevin Winkler, author of the new book: Everything Is Choreography -The Musical Theater of Tommy Tune

This episode is made possible in part by the generous support of Broadway Nation “Backstage Pass Club” Producer Level Members:

Today my guest is Kevin Winkler, author of the new book: Everything Is Choreography – The Musical Theater of Tommy Tune.

Kevin’s much acclaimed and award winning first book, Big Deal: Bob Fosse and Dance in the American Musical, was released in 2018. And you may have seen Kevin as an on-screen commentator in the acclaimed documentary, Merely Marvelous: The Dancing Genius of Gwen Verdon.

I was fascinated to read Kevin’s terrific new book – especially since I arrived in New York just as Tommy Tune’s career as a choreographer and director was kicking off, As a result I had the tremendous privilege of seeing first hand every one of Tommy Tune’s Broadway and off-Broadway productions that Kevin covers in the book.

I began our recent conversation by asking Kevin about his two previous careers – as a dancer and a librarian – that have made him uniquely and unusually qualified to write books about Broadway’s great, groundbreaking director/choreographers.

Special thanks to Pauls Macs for his help with editing this episode, KVSH 101.9, the voice of beautiful Vashon Island, WA, and the entire team at the Broadway Podcast Network.