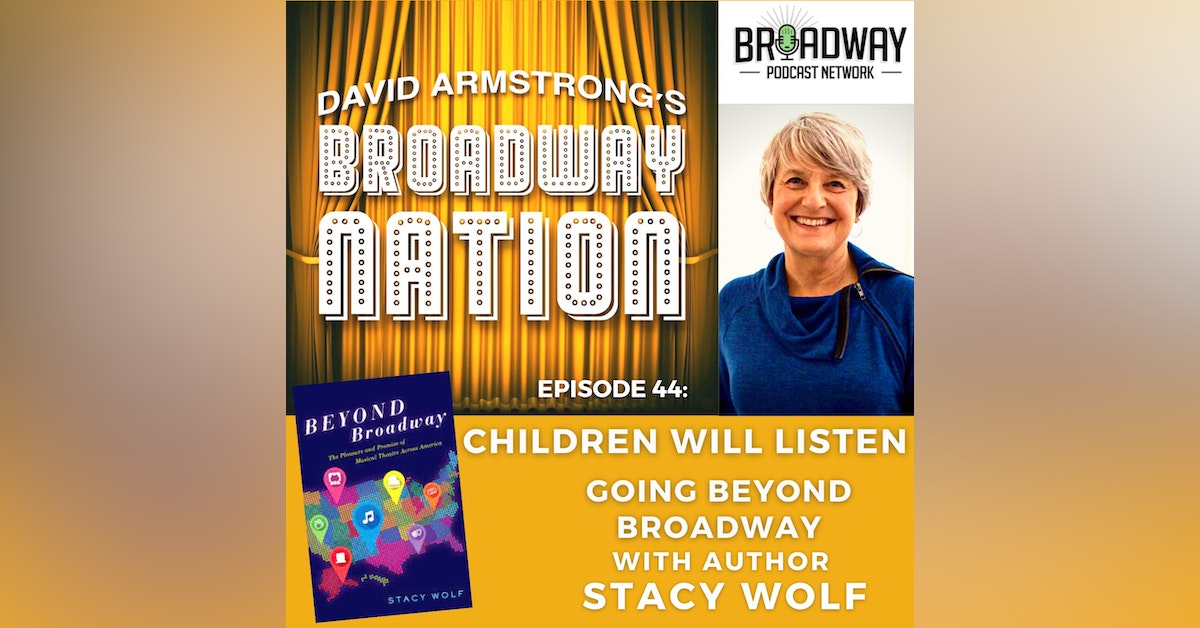 I recently had the pleasure of to chatting with author Stacy Wolf about her most recent book entitled, Beyond Broadway: The Pleasure And Promise of Musical Theater Across America.

Stacy is a Professor of Theater at Princeton University and the Director of their Program in Music Theater. She is also a leading scholar of musical theater, and her other acclaimed books include Changed for Good: A Feminist History of the Broadway Musical, A Problem Like Maria: Gender and Sexuality in the American Musical. In addition she co-edited The Oxford Handbook of the American Musical.

As the title suggests, in her new book Stacy Woolf take us beyond Broadway on a cross country journey that stretches from Maine to California. Along the way she meets and interviews more than 200 people and discovers that the Broadway musical is alive and thriving in grade schools, middle schools, high schools, summer camps, festivals, and community theater in cities and towns both large and very small all across America. Perhaps most importantly she illuminates how and why the relationship and interaction between the worlds of professional and amateur musical theater is so crucial to the health and future of The Broadway Musical.

If you enjoyed this podcast, you can help other like-minded people find Broadway Nation by rating and reviewing the show on Apple Podcasts or wherever you listen. It really does help spread the word about Broadway Nation.